Firstly, I'd like to apologise for not making a blog post sooner. I've been struggling for topics as of recent, so if you've got anything that you particularly want to see me then please drop me a Forum PM. Now let's talk about what we've been getting up to as of recent on the HR side of things!

Due to the nature of the position, it's hard to talk about everything I do because not everything I do can be spoken about openly which is difficult when you're trying to keep the community looped into what the human resources team is up to, especially when we often deal with a load of issues on a daily basis. However, both the admin team and HR have still been making observations to how specific processes could be made to work better, one observation we've made recently is how forum warnings are issued and how we punish people who break them using the warning system.

Before the revamp earlier today happened, the warning system was quite tedious to use as you could never be too sure what rule violation fell under which point. This could lead to people getting warned under the wrong warning type, meaning points may not be issued properly for the violation that happened, though it's worth noting that we didn't see this happen in practice.

So because we saw an issue, we went off to work! Our wonderful Doctor Internet started to write up a generalised list of all of our forum rules, combining them into simple, short descriptors for each section. For example, posting rules 2, 3 and 4 could all be shortened by referencing them as disrespect. We ended up doing this for every rule there is, combining them and then once done, admins had the opportunity to comment and suggest changes to what the list was.

After a few days and admins having agreed that the newly proposed list was reasonable, we had our final list! Then it goes over to me and Overlewd so we can decide the appropriate amount of points to assign, as well as how long it should take for those points to expire. Two more days later, we finally came up with a nice list of everything, as well as times and points. From there, it's just a matter of making sure the forum system is updated to include them.

This did take admittedly longer than I'd like, as I had no idea how to set that sort of thing up, nor did I know whether I had access to change that but after a little bit of tinkering around on the forums for a while, I realised I did have access so after a quick message out to the staff saying to avoid warning someone for the next 20 minutes, I started changing it up! Thankfully it didn't take that long, the system for sorting out warning types is actually quite straightforward as it turns out!

You might be seeing the list of warning types and thinking to yourself, "Jeez Night, 5 points for unsafe content, threatening and lying in the courthouse? That's a bit extreme isn't it?" and in normal circumstances I'd agree, but when we say unsafe content, we're talking about harmful or malicious software, hacks, warez, spyware and IP loggers, that sort of stuff. The stuff that you obviously shouldn't be posting in the first place.

With threatening, staff have been briefed that warnings under this type shouldn't occur unless the comment is a clear, serious and credible threat. In some cases, it may be more appropriate to warn someone under disrespect/flaming, trolling/useless/irrelevant content or perhaps not at all, but this of course will be up to staff discretion.

Hopefully with these changes, punishments on the forum will become a bit more standardised and uniform, making it fairer for everyone. Before, we only had 4 or 5 different options to warn someone under. Now look at how it is!

If you find you get warned for double of what's listed here, it may be that your permanently suspended and in this case, all point values are doubled. If you don't think your warning level makes sense, of course feel free to speak to either the issuing staff member or HR as normal.

Thank you all, and until next time! 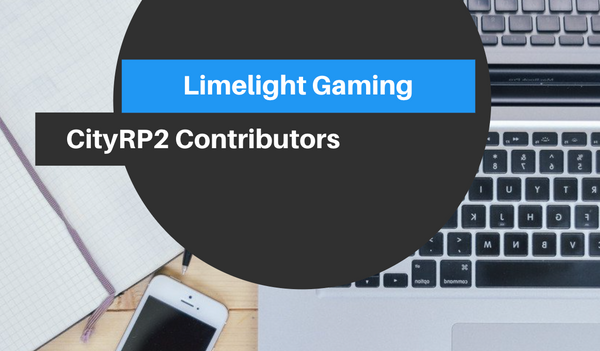 In May 2020, we started developing an improved development workflow for contributors. When Luvbunny wanted to contribute his code to the CityRP 2 core, he couldn't just do it because he (and other

Insight into the Teacher Team procedures and back-end.

The Limelight Blog
—
HR Blog #4 - What *are* they doing over there?
Share this